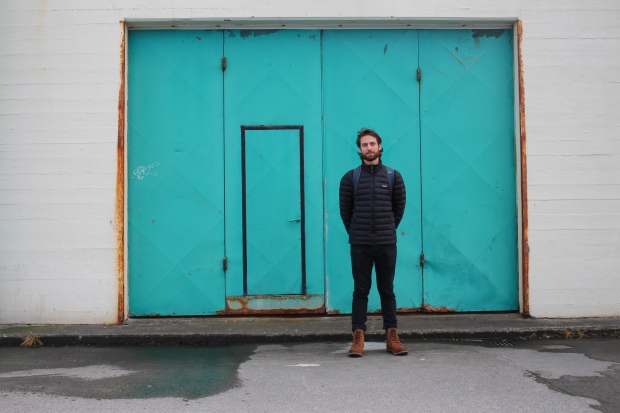 Here it is, the last of the slew of photos and quick updates.

It’s an amazing country. I don’t have much to compare it to, but as far as beauty goes (and I’m Canadian… we have like, the most beautiful country ever), it’s pretty spectacular. When we drove out to Hofn you literally couldn’t escape the mountains. I imagine that’s similar to BC, but this little island can only hold so much mountain. And there was a lot of frickin’ mountain. 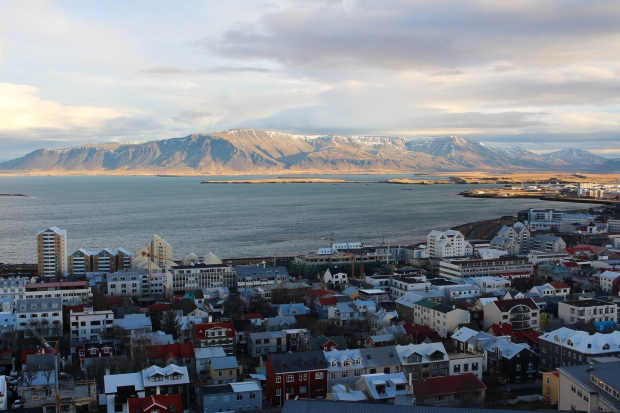 Reykjavik was dreamy weather for this part of the world. Days were damp but fairly mild and the sun poked out more than we expected. We made use of this good weather on Wednesday to take the elevator up to the top of the church. Boy, the view was worth the $10 charge.

For those of you interested, Iceland has its own currency which is just slightly more valuable than the Canadian dollar. It’s a little more than $1 for 100 Icelandic Krona. Most things were more expensive. For example, an oat milk latte at Reykjavik Coffee Roasters was ~$7, but some things were really randomly cheap. OB tampons were less than $3. Craaaaaazy. Guess who smuggled a few cartons home? 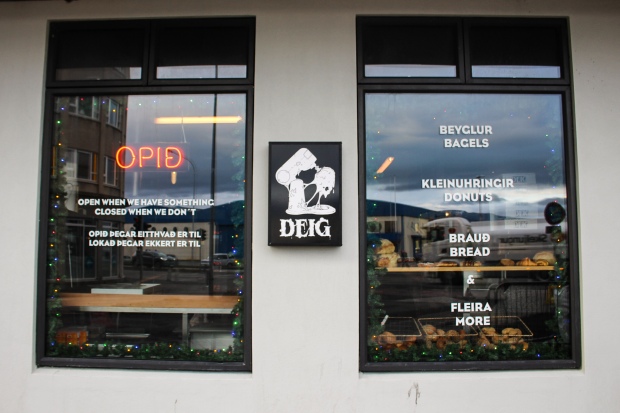 And yes, I found the best doughnuts in Iceland. Of course I did.

Deig was hidden by the old harbour, and I was really really surprised to find fresh yeast doughnuts, brushed with a simple cardamom and lemon glaze. OH. MY. GOD. Yes. I felt right at home with this in the best way.

Iceland, it was an absolute honour. We’ll be back.

Last night we drove in late after the sun had set. All you could see was the road in front of you and even then, the wind was so strong that it was blowing snow all over it. So when we woke up this morning, it was a shock to see that there were mountains surrounding this small little fishing village. Oh, to live in a place where even the grocery store has a view. 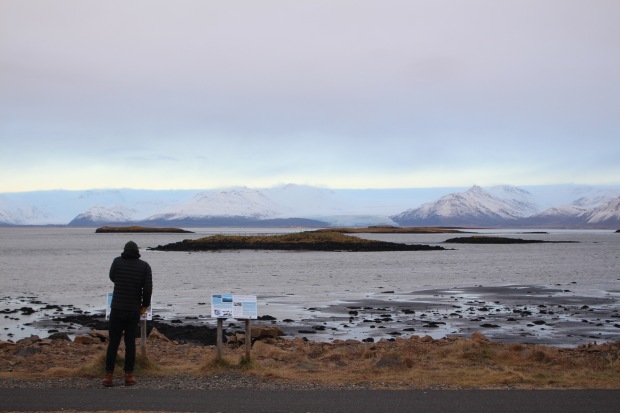 (this is literally the view from the grocery store, I kid you not)

We left Hofn around 10am to make our way to Skaftafell (about a 2 hour drive west) to do a hike up and around the waterfall and around the glacier. Of course, it was incredible. From the top you could see miles and miles to and probably past the ocean. 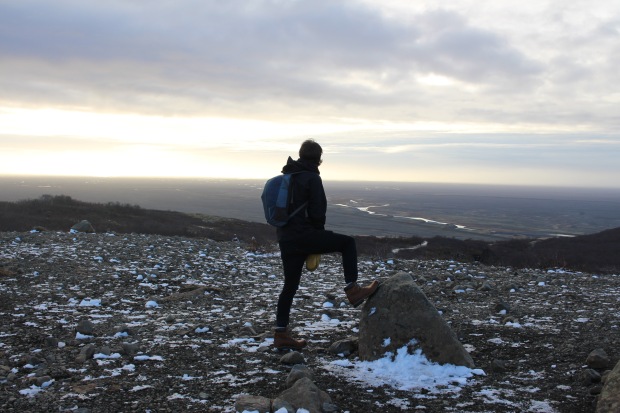 Everything here makes you feel like a small freckle on a tiny ant in the middle of the desert.

The glacier was so blue and the water was so clear. We sat for awhile and just stared at it. Sometimes it’s difficult to realize that we’re here in the middle of it, part of it. Taking a few deep breaths and sharing the same mountain air as the glacier felt like slowly waking up from a delicious sleep. 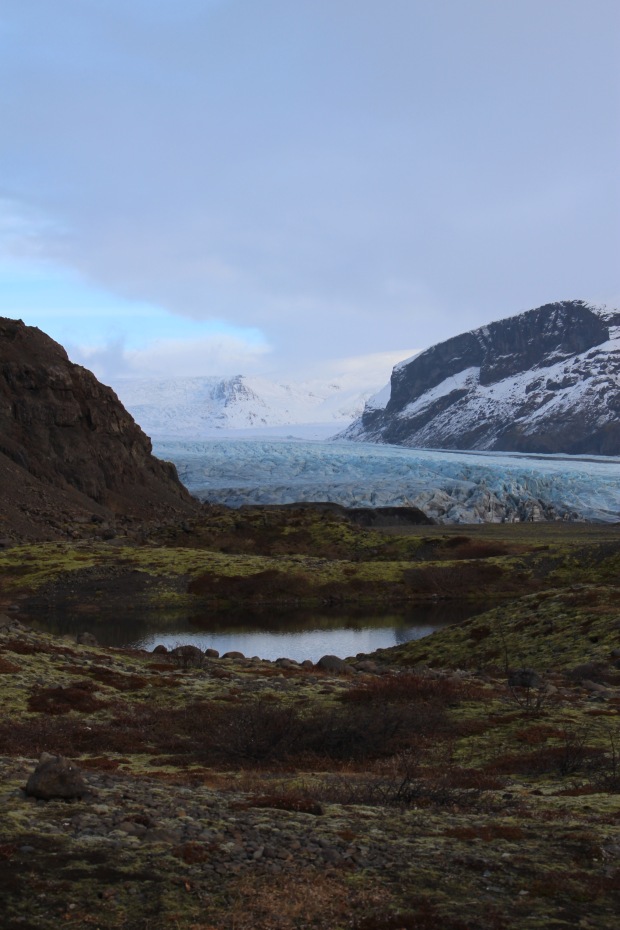 We then headed back east and stopped at the glacier beach. It was incredible to see the amount of glacier running down into the ocean. Absolutely incredible. 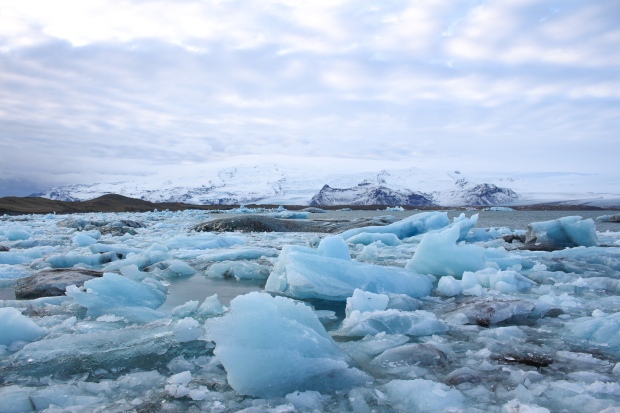 Tomorrow we start back to the capital before the crack of dawn to hopefully return the rental car before 2pm.

Yesterday we woke up bright and early in Keflavik.

Okay, so it wasn’t bright since the sun here rises at about 9am and sets at about 5pm this time of year. But whatever, just take the expression with a grain of salt. You can ask our 7:30am cab driver for some, he apparently has lots.

We picked up our car at KEF and started our drive to South Iceland. We’re spending three days (ish) sightseeing and staying in a small fishing town called Hofn (there’s an accent on most of these words, but I’m unsure of the keyboard shortcuts for them).

We knew Iceland was going to be beautiful, but we never expected to find mountains around every corner. Everywhere you look is more stunning than the last. More times than we could each count you could hear, “Where the heck are we?” being muttered under Adrian’s breath.

And the landscape and weather changed like, 8 times since we’d left Reykjavik. At one point we left rain, came through a clear patch and was nearly swept off the road by wind and snow all within the span of 45 minutes.

I honestly can’t believe how incredible the landscape it. I’m sure there are many more surprises awaiting.

I was just old enough to know to ask my mom “How long?” but just young enough to not really understand what that meant.

I was definitely getting impatient, but she was on the phone in her bedroom. The windows at the back of the house are West facing, and the sun was going down. Little slits of light were coming through the shades.

There was carpet in there at the time, I think it was beige. Or maybe it was burgundy.

I don’t remember a whole lot from when I was very young. Just little bits – like the view from my treehouse – you could see my neighbour’s farm truck from the very top, a little dent on the right front bumper. Or the ceramic balloons that hung on the wall of my bedroom, before that same room became my sister’s. That room definitely had burgundy carpet.

I know she was on the phone because I can envision the black phone cord coming from the bedside table. That phone was black. The kitchen phone was white.

“You’re supposed to say, ‘Excuse me” when you interrupt someone.”

I remember being confused about the concept of ten minutes. Ten was a big number. It was two numbers.

I don’t think the basement was finished at that time, because otherwise, I would have gone down to watch the digital clock on the face of our VHS player. But I think the only other digital clock in the house was on the kitchen phone.

I must have pushed one of the dining room chairs up to the island to sit on the counter and watch that one. I didn’t know what I was looking at, but I knew how to count to ten.

I remember very distinctly how slowly it went. It seemed like the numbers only moved when I got bored of staring. I was frustrated that my mom had told me ten minutes would be quick.

Here’s the part of the story when I’m supposed to come to a conclusion that ties the whole thing together. But I don’t really have one. I think maybe it’s about how we don’t get to choose the memories we keep. Or maybe about how if we don’t want time to move so quickly, we should watch it more closely.

All I know is that when I started typing, I didn’t expect to miss the view from my treehouse quite so acutely.